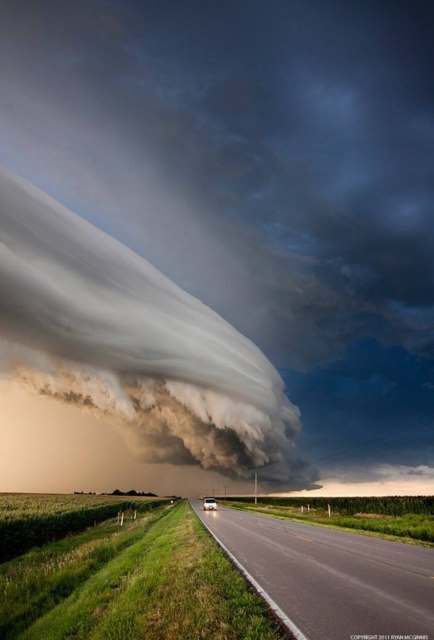 except that we take a nice blue sky with some puffy clouds: 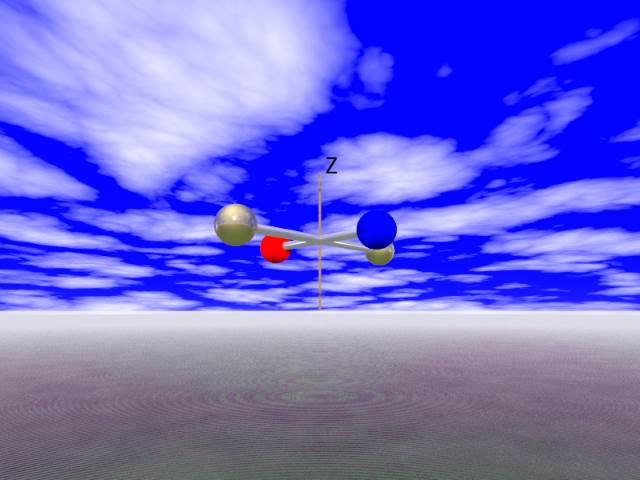 Instead of T-handle (as in Taming the T-handle ) we take the nice, asymmetric, but as much symmetric as possible, spinning top, with principal moments of inertia

The corresponding solution of Euler’s equation is

The square of angular momentum vector is

the doubled kinetic energy is

that we were using in the previous notes is

In what follows for simplicity we will take

We will start with describing the spin history in

using stereographic projection described in Chiromancy in the rotation group.

Rotation about an axis

can be described by (see Eq. (4) in Putting a spin on mistakes) an

In fact in Putting a spin on mistakes I have made a mistake that I corrected only at this moment, when checking it again: I have forgotten the imaginary

We will be rotating about the z-axis, so we take

Comparing with Eq. (1) in Chiromancy in the rotation group, we get

The stereographic projection (Eq. (4) in Chiromancy in the rotation group ) is

We can use trigonometric formulas to simplify:

Here is the plot of 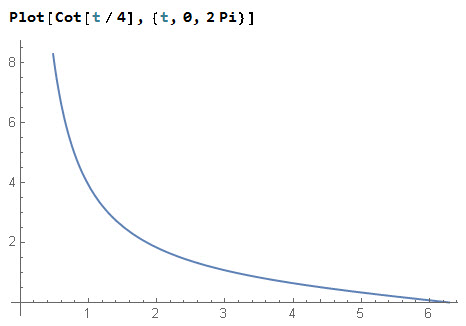 That is OK, because at

the frame of the body coincides with the laboratory frame. The rotation

is the identity, its stereographic image is at infinity.
At

That is the point representing the matrix

It also describes the identity rotation in

We get a straight path, the positive part of the z-axis. It is like the road in Nebraska at the top. 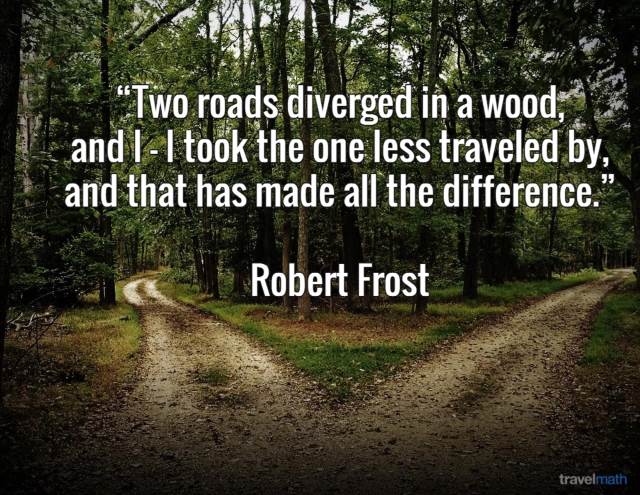 In the next posts we will learn how to travel more dangerous, less traveled roads.

8 thoughts on “Towards the road less traveled with spin”