Dzhanibekov effect, is briefly explained as follows on Quora by Robert Frost, Instructor and Flight Controller at NASA:

That is called the Dzhanibekov effect, after Cosmonaut Vladimir Dzhanibekov, who documented it in space, aboard the Soviet space station Salyut 7, in 1985. Below is a video with footage from his experiment, but it is in Russian.

The Dzhanibekov effect is also called the tennis racket theorem, because it is easily spotted by tossing a tennis racket in the air.

It is more spectacular when viewed in space because the absence of weight allows the rotation to continue on longer and without external influence.

It is really very brief explanation and, in fact does not touch the essence of the observed phenomenon. I will do my best to explain what I mean. What is called tennis racket theorem essentially stresses unstability of certain modes of rotation of asymmetric rigid bodies. I say “asymmetric rigid bodies”, because a rigid body, may have a complete symmetry of a perfect ball, then any axes of rotation is as good as any other – it will rotate around this axis forever. Its principal moments of inertia are equal, for instance 1,1,1. Or it can have a symmetry of a gyroscope, then one axis is distinguished and rotation along this axis are stable, while deflections lead to nutation. Gyroscope has two of its principal moments of inertia equal, for instance 1,1,1.5. Finally a rotating rigid body may have no symmetry at all. It will have then three different moments of inertia, for instance 1,2,3. We are interested in the asymmetric case. Animation of Dzhanibekov effect simulated Mathematica software using with simple asymmetric top with principal moments of inertia looks, for example, as follows:

The pure flips are nothing new. From the net you can download The advanced part of A treatise on the dynamics of a system of rigid bodies

The treatise was published in antiquity, in 1892. And, yet in Chapter 4, under a mysterious number 137, we can find the solution of Euler equation for the flipping nut

The solution has all the details that are hard to find in modern textbooks. Routh is nicely finding the solution

He is not yet using Jacobi functions cn,sn,dn that will appear in our solution, but they do appear in the full treatise published in 1914:

The language is not exactly that of modern physics. What we know as “kinetic energy” he calls “Vis Viva”. He mentions that the case leading to the flip has been analyzed by every prominent author, he mentions Lagrange and Poinsot. And yet he does not see the flip. Why? Because computers were not available at that time. The behavior that was following from mathematical formulas was hard to guess. So, the phenomenon got forgotten, and it is only Dzhanibenikov, while playing with winged nuts onboard of Salyut, rediscovered the phenomenon that was known for hundreds of years, and yet escaped the attention that it deserved.

I am going to explain it all, because it is a shame that modern book on satellite attitude control do not contain this material. I will certainly change in the future. Of course it is not an easy job for me. How to mix math with human readable content? It is a giant task. To prepare for this task, I took this afternoon my bike and went for a ride. It was cold, but sunny. Good sign 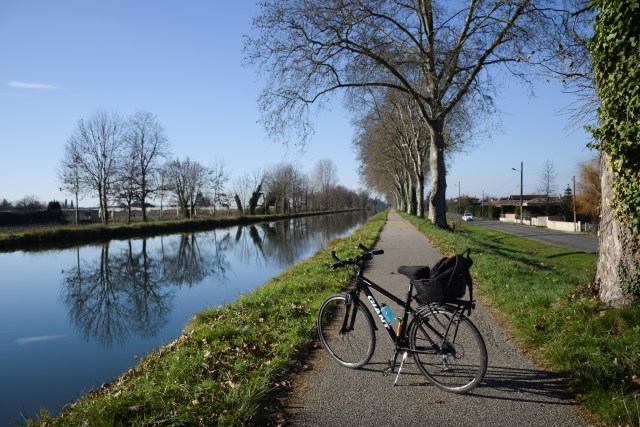