Wherever you are, whatever you do, there is a certain special direction that takes you out of the infinite labyrinth, and leads to the reincarnation cycle getting closer and closer to the ideal path. Ordinary people do not know about it. Warriors do know.

Beyond a certain point there is no return. This point has to be reached.
Franz Kafka

I am discussing geodesic lines on the three-sphere, geodesics of the left-invariant metric determined by asymmetric rigid body. There is a special, very special class of geodesics there. At every point there is a special direction. If you start the geodesic in this special direction – it has, at both ends, in the future and in the past – a limit cycle/circle. Enough esoteric talk. Let’s go to the math. The following math describes one such geodesic line. Other are obtained by left translations.

are moments of inertia of our rigid body, ordered as 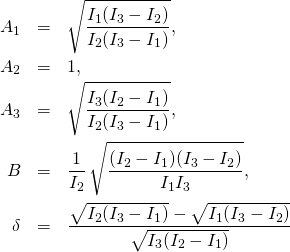 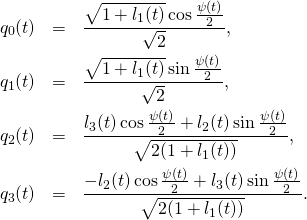 The story is this. The body can rotate uniformly about its middle axis forever. Either left or right. These are two circles in the rotation group that, using its double cover, topologically is

Stereographic projection maps circles into circles. So they become two circles in

And here is this trajectory together with asymptotic circles. Here the red circle is for the bad past, the blue circle, for the good future. Under microscope it reveals rich structure – infinite mystery.

2 thoughts on “The mysterious paths on the three-sphere”